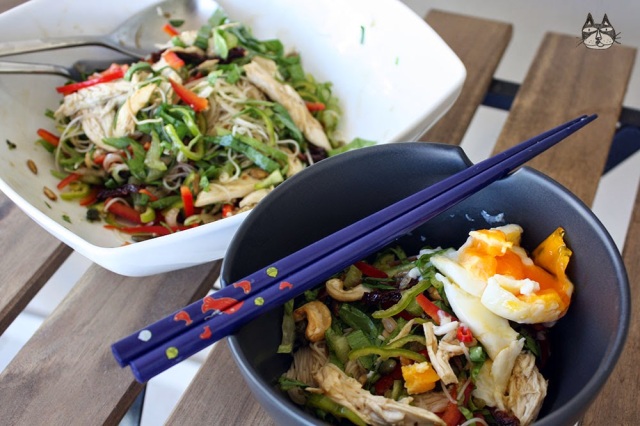 Summer in Greece is hot. Summer in Greece makes it suitable for yummy salads as a whole meal in itself. I was feeling peckish, craving for vermicelli bihun noodle soups that I loved to eat back in Malaysia. I had one ‘bihun’ packet left in my store cupboard, and some leftover roasted chicken in the fridge. This dish is easy to make, you can use any vegetable that you have (tomatoes, cucumbers, avocados.) I have included sliced sundried tomatoes and capers in this dish to make it an East meets West mix (but also as a salty additive since I am out of fish sauce). Be daring, experiment! 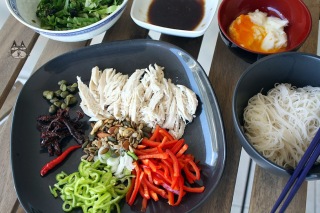 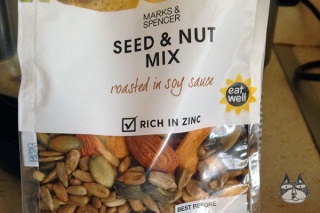 1 small red chilli, seeds removed and sliced thinly.
1 portion of vermicelli (bihun) noodles, cooked according to instructions and rinsed in cold water
1 small bowl of lettuce, sliced thin
A small handful of coriander leaves, sliced thinly
Salt and pepper.
Garnish
1 boiled egg (I like mine poached or part boiled. You can have it hard-boiled if you want) 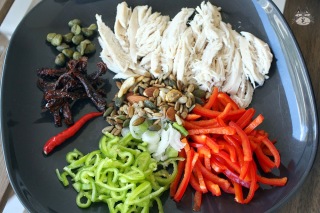 1. In a big bowl, just mix everything (without the egg) and coat with the dressing. Season with salt and pepper according to taste. 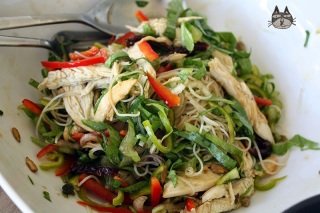 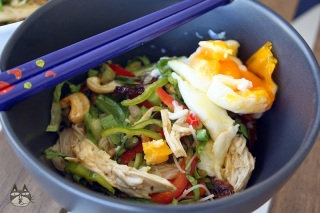