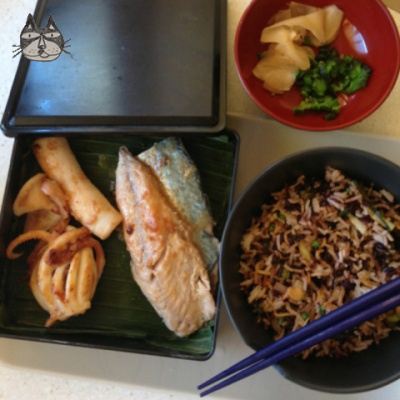 I love Miso. It adds a different sort of taste to the dish, from what I can understand is this ‘5th taste’ called umami. What is Miso, and what is umami?

Miso is a traditional Japanese seasoning that is made of fermented soybeans. In comes in a paste form, and you can buy them from most Asian stores. Here in Athens, you should go to Hiroko’s store, Soya Athens, which is situated near Mitropoleos, in Plaka. You can also get them from Salamat, in Ambelokipi. (Look inside the fridge at the back of the store.)

Umami means ‘pleasant savory taste’. It can be described as a ‘meaty’ taste, and you can find it in a variety of foods like cheeses and mushrooms.

When I was a student in London, there is a restaurant, Nobu, that served Black Cod marinated in Miso. It was such a big deal, and I remember once in Selfridges, there was a ‘tasting’ of Black Cod cooked in Miso Nobu-style and it was a heavenly piece of fish. It was a rather expensive piece of heaven though – I couldn’t remember the price of the fish, but still, it would skew my student bank balance quite a bit.

I have successfully replicated this Miso-glaze wonder quite a few times since then, and I have tried it with different types of fish and it also works great with aubergines (eggplants) which I usually make to impress my vegetarian friends. This recipe uses Kolios (Atlantic Chub Mackerel), which I have been told is the fish that is in ‘season’ at the current moment. Its fresh, I bought a few and made a Greek Baked-in-Lemon recipe. I filleted one and decided to try it out with miso.

What I use here is Shiromiso, which is a white miso. Red miso (Akamiso) is much stronger in taste, and I prefer to use the red miso in soups and broths than here. And the quantities used here is so small, because I was only cooking for one – George doesn’t eat fish, so this was all for me.

Note: This picture also has a portion of thrapsalo (which is a type of squid that is not the kalamari-squid but close. Utterly confusing, I have categorised it as the ‘one in-between kalamari and cuttlefish’ squid.). And here it is served with Nasi Goreng (Fried Rice), which utilises the leftover rice and vegetables I had from the day before. 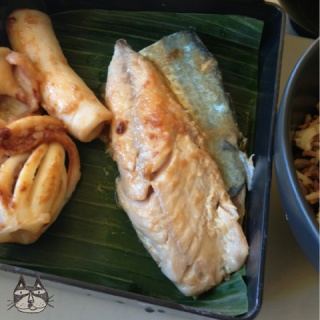